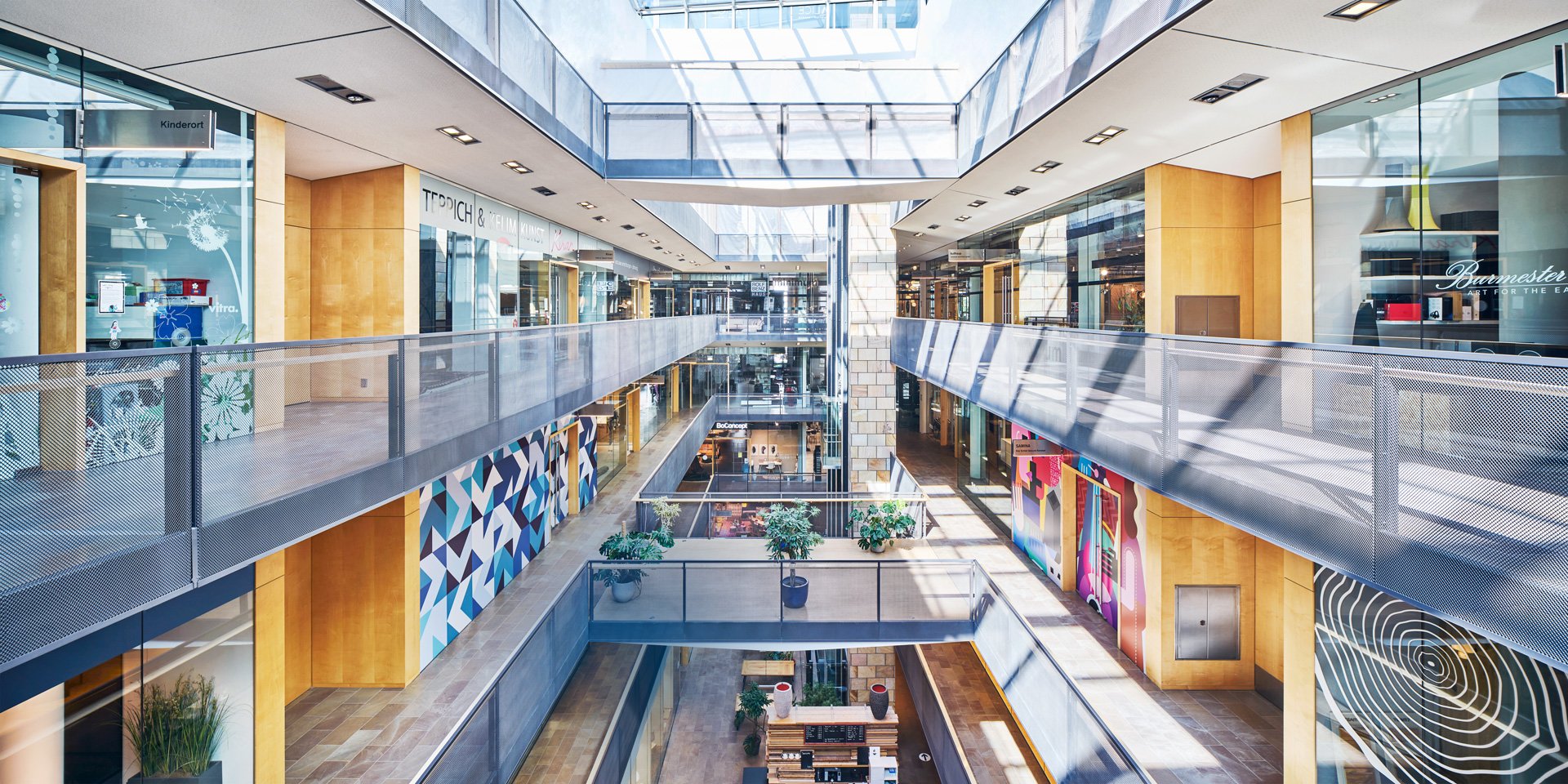 The history of LIVING BERLIN – The home of exquisite Interior Design

Since 1887, the street of our address has borne the name of the philosopher Immanuel Kant and since the turn of the millennium, more and more often the epithet "Design District".

And that's because of our house ...

In 1999, the home of LIVING BERLIN was completed, the five-storey commercial building followed the previous administrative building of the Dresden Bank, which had dominated Kantstrasse for many decades, designed by the architects Nowotny Mähner & Assoziierte (Berlin) and Studio & Partners (Milan).

Since then, the impressive facade, which reflects the sky during the day and the street lights during the Berlin nights, has remained unchanged and since 1999, it has consistently presented interior design of the highest quality and in many styles.
Since its opening, the 40 or so tenants with monobrand showrooms or polibrand stores of national and international interior design brands have continuously made Kantstr. 17 the top address for interior design in Berlin and beyond.

The high quality of the collections and the consulting services for all aspects of interior design, whether for private individuals or for property development projects, has constantly upgraded the area along Kantstrasse around Savignyplatz, and new interior design houses, kitchen studios, interior design offices and the like have settled around this focal point for design connoisseurs.

This is how our house founded Berlin's Design District, which now stretches in a star shape from Kantstr.17 to Savignyplatz and the Gedächtniskirche, and above all into the many side streets of the district.

Since May 2021, the building has borne the name LIVING BERLIN, a statement of its roots in Berlin and in the lives of all Berliners, whether born here or newly arrived.

And also, a statement about the interior design tradition of our house with all its stores, which continues to play a leading role in shaping Berlin's lively interior design scene.